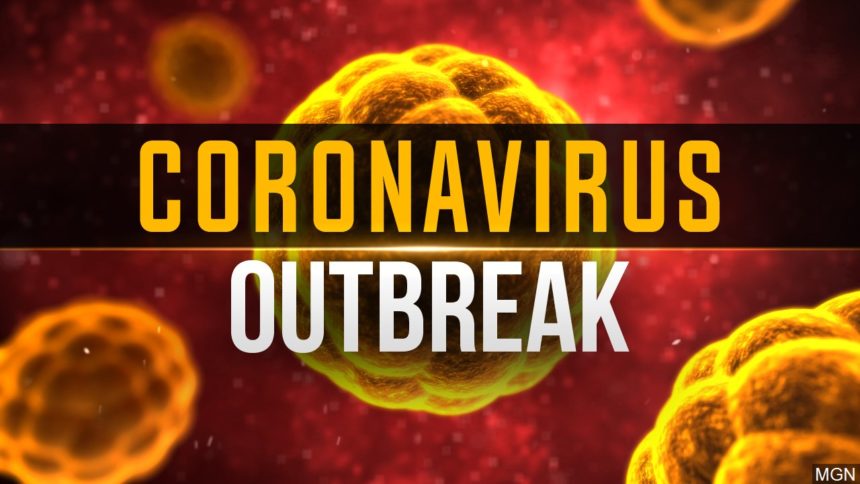 How Did China’s Coronavirus Outbreak Start?

Researchers and health experts are trying to track, contain, and understand the newly emerged virus from Wuhan, China, which started at the start of December.

It can be seen that a lot of cases have been confirmed and reported in the disease map by WHO (World Health Organization).

Until now, almost 25000 cases of coronavirus are confirmed, while 495 death has occurred on account of coronavirus. A number of the population that had been affected by the disease but somehow recovered is more than 1000.

The majority of the cases are present in China itself, but some cases have also been reported in more than two dozen countries across the world, including the United States. Outside China, no deaths are reported due to this virus.

Coronavirus is a dangerous reality and challenge of the present age, but in this article, we will look at the reason and how it emerged from China.

Origin of the coronavirus:

At the end of December 2019, China’s health officials contacted WHO and informed them about some strange and unknown problems they were encountering in their country. This problem was soon recognized as a coronavirus, which was found to be the cause of pneumonia-like disease in the Wuhan city of China. Coronavirus started to spread quickly and transferred out of the Wuhan city.

Wet markets are the outdoor stalls in China, which are positioned together in a narrow lane lettingthe locals and several visitors shop for their required meat. These markets range from selling hundreds of caged chickens to selling skinned hares, and seafood as fishes and shrimps.

On account of these wet markets, humans and live or dead animals come into close contact or proximity. Wild animals contain several types of bacteria and viruses, while wet markets make these dangerous entities to jump easily from animals to humans.

On 22nd January 2020, the food authorities of Wuhan, China, banned the trades in wet markets of China due to the start of the coronavirus outbreak. The primary origin of coronavirus was from Huanan Wholesale Seafood Market, which was closed on 1st January 2020.

According to WCS (wildlife conservation society), poor regulation of wet markets where alive or dead animals are illegally mixed with wild animals and humans, giving the most suitable opportunity to the viruses to transfer from wildlife animals or hosts to humans.

Basically, coronavirus is a zoonotic disease (diseases originating from animals and transferring to humans). In the case of the previous disease, which started in 2003, SARS, bats were found to be the actual reason or host for viral transmission. And now, in the case of coronavirus, the same animal is considered to be the cause of the virus.

The Huanan wholesale seafood market of China has forcefully closed by official authorities as this was the starting point for the coronavirus outbreak. An elder human male who was 61 years old was identified as a first-person who died from coronavirus. According to resources, this man was investigated to be the regular customer or shopper at this food market, which sells more than just seafood.

Before the closure of the Huanan market, it was found that vendors in this wet market sold live animals, meat, seafood, along with other animals like chickens, pigs, sheep, donkeys, hedgehogs, snakes, bamboo rats, foxes, and badgers.

These wet markets are common in China. The wet name market is given to it because vendors tend to slaughter and cut the animals in front of the customer who chooses to shop.

An expert of infectious disease in the university of Chicago wrote in her article about the wet markets of China that live slaughtering in the public area can cause a lot of dead animals skinning in roads and front of shoppers or customers, which as a result can cause aerosolizing in all sorts.

Some Chinese researchers found that the first reported case of coronavirus of Wuhan in December 2019 was not found to be linked with wet markets in accordance with the published report in The Lancet (a medical journal).

Out of 41 reported cases of coronavirus at that time, 13 cases showed no link to Huanan wet market. This research emerged the need to pinpoint and find the actual certainty in this claim.

But still, the wet markets in China are banned. According to zoonotic experts, this closure of wet markets is an appropriate intervention that can help significantly to stop the zoonotic viral spread.

Between the years2002 to 2003, the SARS outbreak killed almost 774 people across the 29 countries of the world. This outbreak also originated from the wet market. In this case, the host of the virus was caught from a weasel-like animal known as masked palm civets. But later investigations showed that this animal was not an original host.

Advanced researches for SARS showed that the primary origin of this disease was from bats. Bats are capable of transferring their virus through their feces drops over different food products or fruits, and if a civet eats that fruit, it becomes the carrier of the disease.

Animal species responsible for the virus:

Species of responsible animal is still unknown in case of coronavirus, yet. A specific group of researchers who also edit the Journal of Medical Virology have suggested that the culprit for causing coronavirus can be Cobra while other scientists do not agree with the opinion much.

Scientists figured out that the genetic code and makeup of coronavirus were found to be the most familiar with samples of the bat.

Further analysis of this research showed that these building blocks and genetic information of coronavirus also resembles the genetic makeup of snakes samples, but for viruses, it is more unlikely to transfer from a reptile to a human directly.

Whereas, coronavirus strain is a mammalian virus, according to a scientist who also investigated the SARS virus, so it is difficult for the virus to transfer to humans without a mammalian carrier.

As the coronavirus is a new virus, so it has not ever circulated in humans before; that’s why humans are lacking the specific immunity to fight this virus.

Coronavirus and the international response of China:

In the case of the SARS virus, China tried to conceal their affected cases from the World Health Organization and limited the information to WHO. But this time, in the case of coronavirus, China has informed WHO, which was praised by the WHO for the transparency of China.

China is also letting the WHO expert team assist the public health officials in China for their ongoing work.

According to the Department of Health and Human Services, China has shown itself more transparent while Chinese officials have shown great cooperation, which was not experienced in the year 2003 in the case of the SARS virus.

Still, there are speculations that Chinese officials might be undercounting the total deaths that occurred on account of coronavirus or classify the deaths to have occurred on account of pneumonia other than coronavirus. But China is not the only country which is trying to conceal its negative points, the same examples can be seen in the past when the US was concealing the amount of lead in public water supply in several cities.