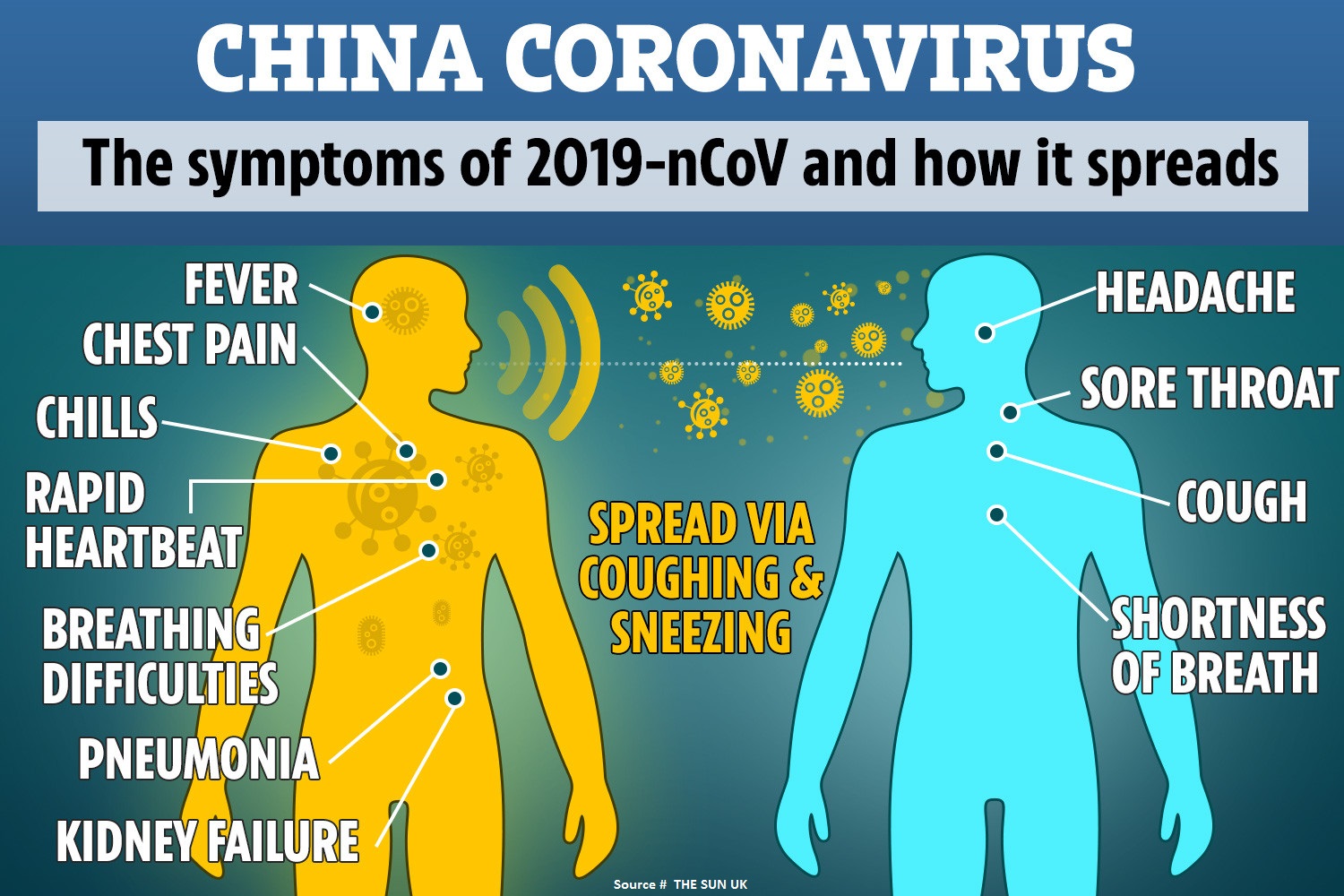 In December 2019, Chinese officials reported a viral outbreak of several cases of pneumonia. The disease was caused by a mutation of the Coronavirus. The coronavirus is usually found in animals. However, this novel case was the first of its kind in humans.  Since its spread, the disease has now been found to spread through human to human contact.

As this deadly virus is spreading throughout the world, that’s why doctors are getting capable of understanding the symptoms and looking for the warning signs associated with this disease.

According to the foreign policy reports, extreme cases of coronavirus involves coughing up of blood, or they might undergo the septic shock. Whereas, in mild to moderate cases, symptoms stay milder, which can let the disease hidden, leading to worsening of the situation.

Coronavirus can also cause pneumonia, some respiratory complications, and even cardiovascular diseases.

Most common symptoms of this virus are:

As its breakouts are mostly in the mid-flu season, which makes it difficult to differentiate from the flu. As this virus proceeds, it can result in symptoms’ severity as:

The symptoms of this disease can stay hidden for about two weeks, which makes its screening difficult in comparison to most of the viral infections, which tend to show their signs and symptoms within the early few days.

Researchers are working hard to find the exact cause and source of coronavirus. Coronaviruses belong to a vast family of viruses, which causes illnesses in people and let them circulate among various animals, including bats, cats, and camels.

Originally, this virus spreads from the animal’s source but can also transfer from one person to another. In person-to-person transfer, it is essential to keep in mind that it happens on a continuum. Some viruses tend to be extremely contagious, while some viruses are not capable of extreme spread.

Coronavirus is mostly active during the winter season, but it can also stay active during other seasons. The young population can also come in contact with this disease and even get affected by more than one infection. Coronavirus can also spread from one individual to another in the following ways:

Currently, there isn’t any vaccine available to treat this infection. The best way to avoid this infection is to prevent exposure to this certain virus.

In accordance with the CDC or (Centers for Disease Control and Prevention), the following are the preventive measures which can help in the prevention of disease spread:

Travelers who are traveling from different countries to China should follow the following precautions:

As the coronavirus is a contagious disease, it has several risk factors: